The simple story of Cumorah (with links)

People can believe whatever they want, but Latter-day Saints owe it to themselves to seek good information before seeking inspiration and before making decisions. And as all have not faith, seek ye diligently and teach one another words of wisdom; yea, seek ye out of the best books words of wisdom; seek learning, even by study and also by faith. (Doctrine and Covenants 88:118)

Unfortunately, few Latter-day Saints have "good information" about the Cumorah issue. Instead, they are taught the philosophies of men; i.e., the theories of the M2C scholars who claim the prophets have been wrong about the New York Cumorah.

Here's the simple story of Cumorah (with interactive links underlined).

Ask around. Very few of your Latter-day Saint friends/family will even know about these specific references from Church history, mostly found in the Joseph Smith Papers.

The Simple Story of Cumorah

When Moroni first visited Joseph Smith in September 1823, he "gave a history of the aborigines of this country" and "said this history was written and deposited not far from that place." Moroni said "the record is on a side hill on the Hill of Cumorah 3 miles from this place."

In 1829, after translating the abridged plates in Harmony, PA, Joseph gave them to a divine messenger. David Whitmer picked up Joseph and Oliver to take them to Fayette. Along the way, the group met the messenger who had the plates. David offered him a ride to Fayette but he said, "'No, I am going to Cumorah.’ This name was something new to me [David], I did not know what Cumorah meant." Joseph explained the messenger was one of the Nephites.

In 1830, during the mission to the Lamanites (D&C 28, 30 and 32), Parley P. Pratt recorded what Oliver Cowdery taught. "This Book, which contained these things, was hid in the earth by Moroni, in a hill called by him, Cumorah, which hill is now in the State of New York, near the village of Palmyra, in Ontario County."

In 1834, the book Mormonism Unvailed claimed the Book of Mormon was based on a novel by Solomon Spalding. In response, Oliver Cowdery wrote a series of essays about Church history, focusing on facts to refute the false allegations in Mormonism Unvailed. As Assistant President of the Church and designated spokesman for Joseph Smith, Oliver explained the facts about the New York Cumorah in Letter VII. After describing the hill, Oliver wrote, "At about one mile west rises another ridge of less height, running parallel with the former, leaving a beautiful vale between. The soil is of the first quality for the country, and under a state of cultivation, which gives a prospect at once imposing, when one reflects on the fact, that here, between these hills, the entire power and national strength of both the Jaredites and Nephites were destroyed."

The New York Cumorah was accepted and taught consistently by Joseph's contemporaries and successors and has never been repudiated, except by a handful of influential scholars who invented and perpetrated the Mesoamerican/two-Cumorahs theory (M2C).

M2C originated with RLDS scholar L.E. Hills, whose map of a "limited geography" in Mesoamerica put Cumorah in southern Mexico because New York was "too far" away to make his interpretation work.

Modern M2C scholars, including those at BYU and in CES, accept that reasoning. They justify their repudiation of the teachings of the prophets by claiming the prophets were merely speculating and misled the Church. 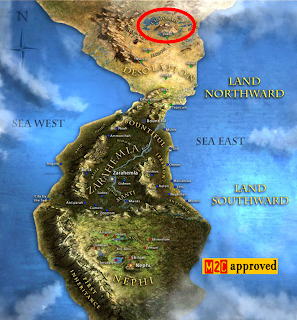 Now, we have BYU and CES explicitly teaching their students that the prophets were wrong about Cumorah.

Tragically, the New York Cumorah is consistent with the descriptions in the text and is corroborated by archaeology, anthropology, etc.

Fortunately, as more Latter-day Saints become educated, they are able to make informed decisions and seek inspiration based upon good information.