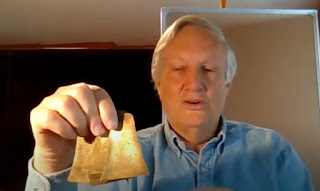 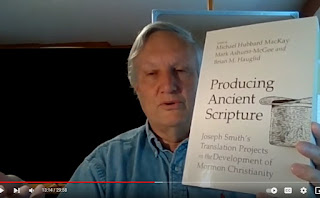 Posted by jonathan3d at 6:20 AM No comments:

The 1832 history and Robin Jensen

An excellent twitter thread by Robin Jensen explains the issues regarding the 1832 history.

Robin's an awesome historian. Because a lot of people don't use twitter, and because Twitter is so unreliable, I'm archiving the thread in this post so I can refer to it whenever this issue arises.

I've inserted a few comments in red and emphasized some points in bold.

@BrendenWRensink
·
Feb 14
Replying to
@rsjensen12345
One of the biggest realizations I took from my time at the JSP was that the more I researched and learned and deepened my expertise, the more comfortable I had to become with saying, "We don't know for sure...but here are a few possible explanations." Lots of highly-informed

@rejpag
·
Feb 13
Replying to
@rsjensen12345
Really excellent and enlightening thread. Accepting nuance, however uncomfortable, is superior to demanding certainty in the honest quest for truth.
christopher
@beforethecrows
·
Feb 14
Replying to
@rsjensen12345
Nice thread. I think all of this is to say that, either way, history is our making. We don’t know and can’t possibly know, but history is whatever we say it is, and when written is whatever we state it is. Nothing more. Nothing less.
BeGood
@BeGood101H
·
Feb 14
Replying to
@rsjensen12345
Myself dealt ancient Chinese historical doc. The ancient professional historians shared the similar problem. at first, they corrected and discarded original doc because they thought they knew better, later on they learned to use original doc. its not intentionally cheat/hide
Posted by jonathan3d at 8:11 AM No comments: