I showed these at the conference 10 days ago and a lot of people want to have them to repost on Instagram, Twitter, etc.

I keep hearing reports that more and more people are reading and discussing Letter VII. We're still a long way from having every member of the Church read it during 2016, but we're getting closer all the time. Sharing these memes is one way to help.

You can share the link to Letter VII in the Joseph Smith Papers so people can read Letter VII right out of Joseph's own history, here.

You can share the link to the original publication in the Messenger and Advocate here.

You can share the link to the Second Edition on Amazon here.

Here's the meme to help people remember which of Oliver Cowdery's letters explains the Hill Cumorah is in New York: 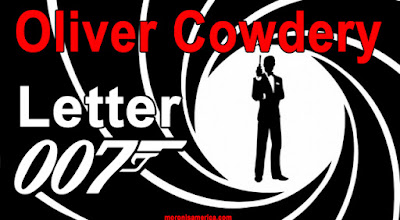 These are some of the other Letter VII memes. I'll post Mesomania, two-Cumorah, and other memes in the next few days. 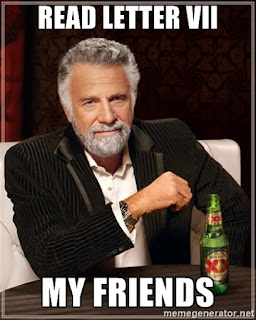 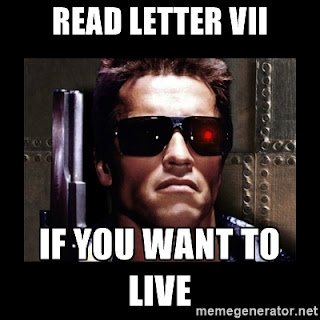 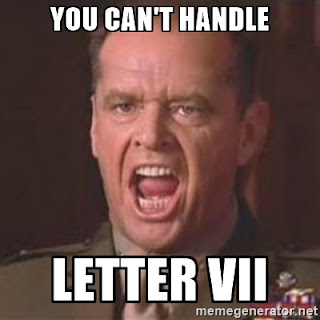 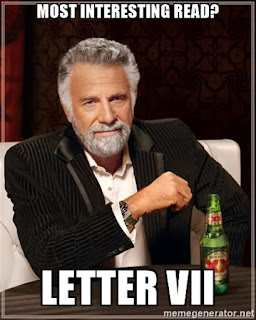 You can also find links to Letter VII in the Times and Seasons and the Gospel Reflector.

Or, people can read the first edition of my little book at Book of Mormon Central here. (Note: if you refer people to that site, be sure to warn them that Book of Mormon Central (BOMC) promotes Central America exclusively. BOMC still refuses to remain neutral on Book of Mormon geography or to even inform members of the Church that there are alternatives to Mesoamerica. A perfect example is how they keep insisting the 3 Nephi destruction was caused by volcanoes, even though the text never once mentions a volcano.)
Posted by jonathan3d at 7:41 AM 1 comment:

The LDS scholars who continue to promote the Mesoamerican setting like to say Joseph Fielding Smith didn't know what he was talking about when he denounced the two-Cumorah theory. They say the same about two other Presidents of the Church: Joseph F. Smith and George Albert Smith. See my comments at the end of this post.

At the April 1906 conference, George Albert Smith related events that took place during his visit to New York with President Joseph F. Smith. You can read his comments here:

Here are the comments by George Albert Smith:

"We visited the Hill Cumorah and were accorded the courtesy of going thereon by the wife of Mr. George Sampson, a brother of Admiral Wm. Sampson, who before his death owned the property. When we went up there and looked around, we felt that we were standing on holy ground. The
brethren located, as near as they thought was possible, the place from which the plates of the Book of Mormon were taken by the Prophet. We were delighted to be there. Looking over the surrounding country we remembered that two great races of people had wound up their existence in the vicinity, had fought their last fight, and that hundreds of thousands had been slain within sight of that hill.

Evidence of the great battles that have been fought there in days gone by are manifest in the numerous spear and arrow-heads that have been found by farmers while plowing in that neighborhood. We were fortunate enough to obtain a few of the arrowheads.

Upon the hill, near a
little grove of timber, the party stood and sang that glorious hymn:

An angel from on high
The long, long silence broke;

Descending from the sky,
These gracious words he spoke:

"And then, under the inspiration of the Lord, President Smith offered one of the most profound and beautiful prayers I have ever listened to. Everyone present was melted to tears. We felt the presence of the Spirit of our Father; and all who were there can testify that it was one of the most supremely happy moments of their lives."
____________________________

Over a hundred years later, some prominent LDS scholars still insist Parley P. Pratt, who wrote the words to that hymn (which is still in our hymnal), was merely repeating a false tradition started by unknown early Church members, because the "real" Hill Cumorah is somewhere in Mexico.

These scholars insist Joseph F. Smith, George Albert Smith, and Joseph Fielding Smith didn't know what they were talking about. They insist these men, like Joseph Smith himself, adopted and embraced the false tradition that Cumorah is in New York.

These scholars insist the hill in New York is "clean" with no artifacts.

Another report of the trip explained that President Smith's prayer was not recorded:

"They visited the Hill Cumorah, from which place a most excellent view of the country round is afforded. The party of course was reminded of the great and final battle of the Jaredites which took place around this hill, and later between the Lamanites and Nephites, and as souvenirs some of them brought flint arrow heads, which are continually being gathered now and sold as souvenirs. Prayer was offered on the hill and the site was pointed out as near as possible where the plates from which the Book of Mormon was translated were concealed. President Smith offered the prayer, but much to the regret of all it was not reported."

Posted by jonathan3d at 8:02 AM No comments: 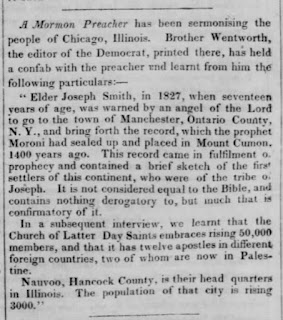 Posted by jonathan3d at 6:12 AM No comments: