David Whitmer, the Nephite, and the Urim and Thummim

Edward Stevenson's journal entry in which he reported that David claimed the messenger who took the abridged plates to Cumorah was one of the Three Nephites. 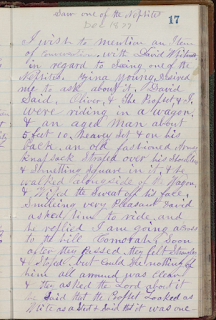 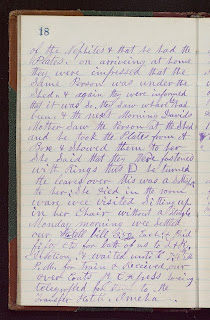 Stevenson's journal entry in which David said the angel showed him the Urim and Thummim with the plates. 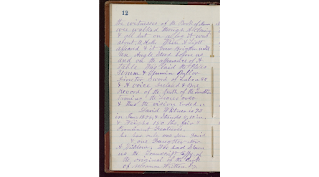 Later in this journal, Stevenson recorded this note: "David said that the Prophet translated first by the Urim and Thummim and afterwards by a seer stone." Because David was never present in Harmony during the translation, he was either repeating hearsay or what he observed (or heard) at the Whitmer home in Fayette.

When Joseph arrived at the Whitmer home, he began translating the plates of Nephi that we refer to today as the "small plates." The Original Manuscript shows that Oliver, Christian Whitmer and John Whitmer were the scribes for 1 Nephi.

Later, Emma arrived and Joseph conducted a demonstration with three scribes taking turns as they got tired. Because Joseph couldn't show the plates or the U&T, he used the stone in the hat (SITH) to demonstrate the concept of translating.

Thus, David was correct in the sense that Joseph translated first with the U&T, which took place upstairs from morning until night, out of sight of the household. Later, Joseph conducted the demonstration with SITH downstairs, probably reciting the Isaiah chapters by memory. David naturally inferred this was part of the translation.

Joseph and Oliver would have concluded the final few pages of 2 Nephi through Words of Mormon after the demonstration, upstairs.

Posted by jonathan3d at 8:00 AM No comments:

A record of the Indians

There was a time when Church members still believed what Moroni first told Joseph Smith when he "gave a history of the aborigenes of this country" and said "this history was written and deposited" not far from Joseph's home near Palmyra, New York.

For example, Lucy Mack Smith told people it was a record of the Indians.

Posted by jonathan3d at 8:47 AM No comments: