If you aren't familiar with it yet, there's an excellent website that features all known editions of the Book of Mormon, here:
https://bookofmormon.online/fax
I've referred to this site for many years. It is undergoing updates and it seems to work better than ever.
It includes a helpful index of people and places. For example, here is the entry for Cumorah:
https://bookofmormon.online/places/hill-cumorah
One thing I really like about this site is the effort to present multiple working hypotheses about geography. At the Cumorah page, for example, you can see various interpretations including settings in Sri Lanka, Mesoamerica, New York, Heartland, etc.
Users of this site need to be aware that Book of Mormon Central (BMC) funded some of the development. BMC aggressively teaches M2C (the Mesoamerican/two-Cumorahs theory) as the only acceptable geography setting. In its Spanish version, BMC promotes specific M2C geography to its audience, directly contradicting what it tells its English donors about neutrality.
While this site is far more useful and informative than BMC because it makes efforts to follow the Church's position of neutrality about Book of Mormon geography, it unfortunately includes the so-called "Internal" map developed by M2C promoters that is based on their M2C beliefs. This subliminal grooming leads unsuspecting viewers toward the Mesoamerican model.
An odd omission from the site: there is no discussion of Church history regarding the origins or translation of the Book of Mormon. Maybe that's a future development, but I hope they include references to the original documents in the Joseph Smith Papers instead of the theories of scholars such as the so-called "Internal map."
There are other odd omissions that, presumably, are merely oversights that will be corrected during development.
For example, for the Hill Shim, the map omits locations for the New York and Heartland scenarios.
This omission could lead unsuspecting users to conclude that Heartland models do not account for the Hill Shim.
Hopefully such omissions will be corrected in updates.
Posted by jonathan3d at 7:00 AM No comments:

On my historical blog, I'm posting a series on Keith A. Erekson's book, Real vs. Rumor. It's an important book because Erekson, the Director of the Church History Library, effectively explains the challenges of historical research.

Unfortunately, in some instances he perpetuates rumors because of the prevailing traditions.

We can use the book and Erekson's examples to help us all be more careful in our historical research and analysis.

The series will be posted here:

Posted by jonathan3d at 7:53 AM No comments:

The link to my interview on Gospel Tangents regarding Lehi crossing the Atlantic is here: 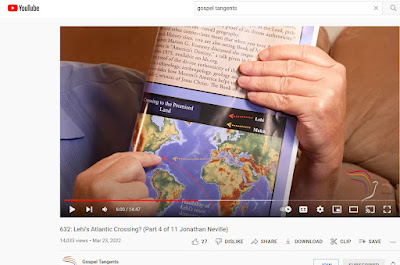 Posted by jonathan3d at 9:11 AM No comments:

Erection of the Hill Cumorah monument in 1935

The Church History Library has made available a series of photos of the erection of the Hill Cumorah monument in 1935.

This photo from the top, looking north, shows how bare the hill was at the time. 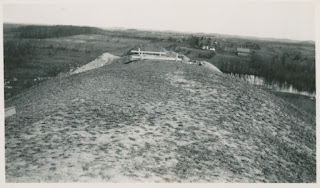 Discussion of Letter VII on mobom.org

Mobom.org (Museum of the Book of Mormon) has a discussion of Letter VII here:

Letter VII is President Oliver Cowdery's explanation of not only the fact of the location of the Hill Cumorah described in Mormon 6:6, but also the number of Jaredites and Nephites/Lamanites who died there (far fewer than often assumed). President Cowdery explained that Joseph helped him write these letters.

Transcript:
"At about one mile west [of the Hill Cumorah in New York] rises another ridge of less height, running parallel with the former, leaving a beautiful vale between. The soil is of the first quality for the country, and under a state of cultivation, which gives a prospect at once imposing, when one reflects on the fact, that here, between these hills, the entire power and national strength of both the Jaredites and Nephites were destroyed."

Posted by jonathan3d at 9:50 AM No comments: