Cumora and the Feynman learning strategy 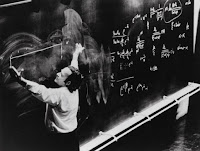 2. When you learn something, learn it to where you can explain it to a child.

3. Instead of arbitrarily memorizing things, look for the explanation that makes it obvious.
_____

Here are 3 "Why?" questions for Cumorah.

1. Why did Martin Harris say, in 1859, that "The plates were kept from the sight of the world, and no one, save Oliver Cowdrey, myself, Joseph Smith, jr., and David Whitmer, ever saw them.”

2. Why did witnesses give different descriptions of the plates, including size and weight?

3. Why doesn't the Title Page, which describes the contents of the Original Book of Mormon, make no reference to any original plates (i.e., the plates of Nephi we call the small plates)?
_____

The traditional assumption about the plates cannot answer any of these questions.

1. If there was only one set of gold plates, Martin Harris could not have made such a basic mistake as to forget there were 8 witnesses in addition to the 3 witnesses. Martin knew all of the 8 witnesses personally. The testimony of the 8 witnesses was included in every copy of the Book of Mormon.

2. If there was only one set of plates, the witnesses would have described the plates similarly. We wouldn't have Joseph's father saying they weighed 30 pounds while his brother William said they weighed 60 pounds.

The answers to these "why" questions is very simple. You can easily explain them to a child. (You'll have more difficulty explaining it to someone who rejects what the prophets have taught about the New York Cumorah, however.) The explanation is obvious once you see it.

You no longer have to avoid these questions, put them "on the shelf," or engage in elaborate sophistry to explain them away.
_____

Joseph translated the "Original Book of Mormon," the set of plates he got from Moroni's stone box in the Hill Cumorah, in Harmony, Pennsylvania.

When he approached the end of the plates, he and Oliver considered retranslating the plates of Lehi (the 116 pages Martin Harris lost).

Instead, the Lord told him he would have to translate the plates of Nephi. (D&C 10)

But he didn't have the plates of Nephi yet.

Before leaving Harmony, Joseph gave the plates (the Original Book of Mormon) to a divine messenger.

This is the same messenger that Joseph, Oliver, and David Whitmer met when they were traveling from Harmony to Fayette.

The messenger said he was going to Cumorah. David observed he had a knapsack that contained the plates. Joseph explained he was one of the Nephites.

The messenger took the plates (the Original Book of Mormon) to the depository of Nephite records in the Hill Cumorah.

While there, the messenger searched through the piles of Nephite records, located the original plates of Nephi (the small plates), and then took them to Fayette, where he gave them to Joseph to translate.

A lot of people ask why they haven't heard about this before. There's a simple answer for that, too.

The intellectuals who prepare curriculum for CES, BYU, and Church lessons don't believe what the prophets have taught about the Hill Cumorah in New York. They believe and teach that the "real" Hill Cumorah is in Mexico.

They are so attached to their theory that they would rather have members of the Church remain confused about these "Why" questions than provide the simple answer that there were two sets of plates.

These intellectuals also teach that Brigham Young, Heber C. Kimball, Wilford Woodruff and others did not tell the truth about the depository of Nephite records in the Hill Cumorah. There's a good example of this here.
_____

Summary of the answers to the "why" questions.

1. Martin Harris said only he, Joseph, David, and Oliver saw the plates because the Three Witnesses saw the Original Book of Mormon (the abridged plates Moroni put in the stone box in the hill Cumorah). They may have also seen the unabridged plates of Nephi, along with the brass plates, the original plates of Ether, etc., but the Eight Witnesses did not see the Original Book of Mormon.

2. The 8 witnesses saw the plates of Nephi. That's why Joseph's father, one of the Eight witnesses, said they weighed 30 pounds. Joseph's brother William, not one of the 8 Witnesses, presumably hefted the Original Book of Mormon a year earlier.

This is so simple that any child can understand it.

In fact, this explanation makes it obvious.

You will undoubtedly encounter people who resist this explanation. They have been taught their entire lives that the "real" Cumorah is in Mexico, so it is impossible for the depository of Nephite records is in New York.

They think President Oliver Cowdery was wrong when he wrote Letter VII. They actually think the Assistant President of the Church, with the cooperation and endorsement of Joseph Smith, misled the Church about the New York Hill Cumorah.

You will find that, once they learn about the evidence from Church history, they will experience cognitive dissonance. They will try hard to confirm their bias because they really don't believe what the prophets have taught about the New York Cumorah.

Be patient. Eventually the right thing happens. Cognitive dissonance is a power psychological reality, but for many people, hopefully most, it will eventually yield to reality.

And, in many cases, they have never known what the prophets have taught.

This is especially true if they are under 40 years old. The rising generation has never been taught what the prophets have taught about Cumorah. Those over 40 have mostly forgotten, or have been persuaded by the intellectuals that the prophets were wrong.

Fortunately, most members of the Church, once they learn what the prophets have taught, are happy to accept their teachings. 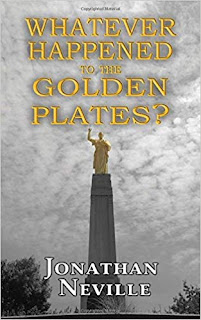 BTW, the details of all of this are in my book, Whatever Happened to the Golden Plates?