Letter VII in the Improvement Era 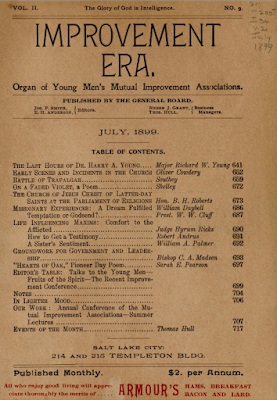 Here's the link to the cover page:
https://archive.org/stream/improvementera29unse#page/n0/mode/2up.

Those who have been following this blog know that Letter VII was published in 1835 in the Messenger and Advocate, in 1841 in the Times and Seasons, and also in 1841 in the Gospel Reflector. It was published as part of a special pamphlet in England in 1844. Joseph Smith personally directed his scribes to copy it into his history as part of his life story.

Short of adding it to the Pearl of Great Price, what more could the leaders of the Church do to make sure everyone knew about Cumorah in New York?

And yet, modern LDS scholars and educators completely ignore Letter VII because it contradicts their theories about two Cumorahs and the Mesoamerican setting for the Book of Mormon.
_________________

Of Oliver Cowdery's eight letters on Church history, Letter I is the best known because it was included in the Pearl of Great Price. But Letter VII and the other letters were published multiple times in Church magazines.

Think of how beneficial it would be to have it republished in today's Ensign.

Critics might point out that Joseph F. Smith was only 5 years old when his father, Hyrum, and his uncle, Joseph, were murdered at Carthage. Presumably he had not heard, first-hand, anything about Book of Mormon geography from Joseph Smith himself.

Maybe he was acting on his own.

Or maybe he consulted with the President of the Church and obtained Woodruff's blessing to republish Letter VII.

The fact is, Joseph F. Smith did republish Letter VII. And his son, Joseph Fielding Smith, cited Letter VII when he warned about the spiritual dangers of the two-Cumorahs theory that LDS scholars and educators have embraced.

Here's the link to page 652, where Letter VII appeared:
https://archive.org/stream/improvementera29unse#page/652/mode/2up

The article continues on this page:
https://archive.org/stream/improvementera5307unse#page/n61/mode/2up 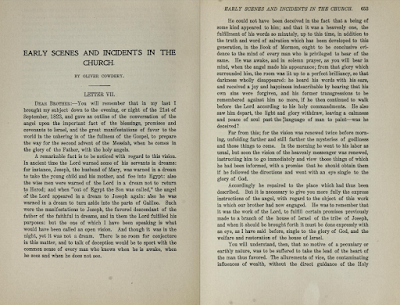