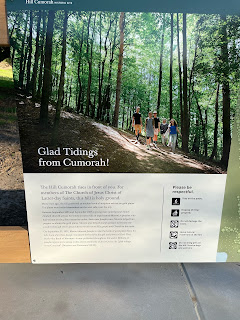 One significant development is the new historical marker, which clearly establishes that in D&C 128:20 ("Glad tidings from Cumorah!"), Joseph Smith was referring to the Hill Cumorah in New York.

While this should be obvious from the context of D&C 128, some M2C* scholars have been trying to persuade people that Joseph was referring to a hill in Mesoamerica, or that he had inexplicably adopted a false tradition about the hill in New York being the actual Hill Cumorah of Mormon 6:6.

Those familiar with Church history, however, know that Joseph learned the name of the hill Cumorah from Moroni the first time they met, as his mother Lucy Mack Smith related.

"the record is on a side hill on the Hill of Cumorah 3 miles from this place remove the Grass and moss and you will find a large flat stone pry that up and you will find the record under it laying on 4 pillars of cement— then the angel left him"
https://www.josephsmithpapers.org/paper-summary/lucy-mack-smith-history-1844-1845/41

And, of course, we can all read right in Joseph's own history that it is a fact that the hill in New York is the scene of the final battles of the Jaredites and the Nephites, as Joseph's contemporaries and successors reaffirmed many times.

The changes to the site make it more natural. Most importantly, no longer will they construct a ridiculous Mayan temple in western New York! (They used to build one for the pageant.)

So far, the historical markers still omit the relevant information about Cumorah that anyone can read in the Joseph Smith Papers. We can hope that, eventually, visitors to the Hill Cumorah in New York will be fully informed about actual Church history. 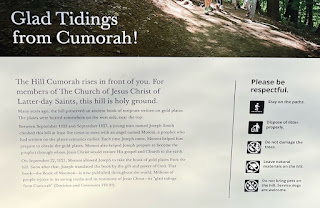 Of course, people are free to reject Church history and the related teachings of the prophets about Cumorah, but how does it help people understand Church history to simply omit and censor this history?
Seems like another big lost opportunity to be open and honest about our history.
Latter-day Saints can make informed decisions when they learn from the "best books" (such as Joseph's own history and related authentic documents from Church history, as well as the teachings of the prophets) instead of relying on the speculations of M2C scholars.
*M2C means the Mesoamerican/two-Cumorahs theory promoted by Book of Mormon Central, FAIRLDS, the Interpreter, Meridian Magazine, etc. This is the theory that Joseph, Oliver, and all the other prophets who taught that Cumorah was in New York actually misled the Church because (according to the M2C scholars) the "real" Cumorah is in southern Mexico.
_____
For those who wonder about the location of the Hill Cumorah of Mormon 6:6, here's a logical chart to go through:
http://www.lettervii.com/p/rationality-comparison-chart-cumorah.html
_____
Mark Burris sent me a few photos, as well as links to some videos.
https://youtu.be/PRKwpe4vC40
https://youtu.be/QfH6428pHnI
https://youtu.be/STkZIJ08BMI 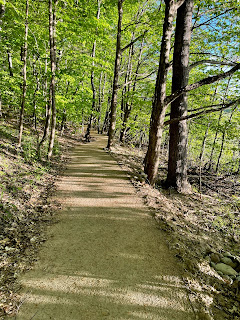 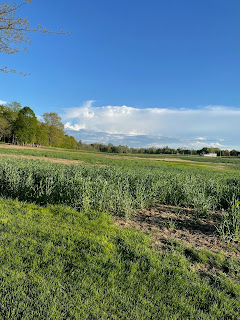 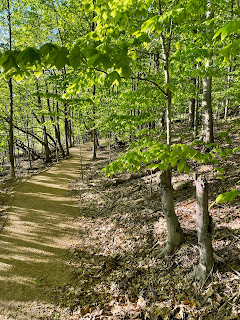