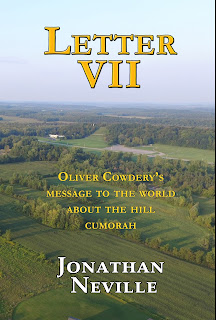 In response to reader feedback, I often make changes and adjustments to my books. (My publisher updates the printing notice each time. The Letter VII book is currently in its fourth printing, with the date June 7, 2016.) By convention, a new edition contains about 20% new or different material, so the only way to tell what version you have is by the printing date.

The readable version on Book of Mormon Central, here, is an early edition.

I mention this because I thought I'd post important updates on this blog for those who may have an earlier version of the book.

Here's the latest addition that appears on the dedication page:


Note to Readers:
If you’ve never heard of Letter VII, you’re not alone.
In Joseph Smith’s day, members of the Church knew Letter VII because it was republished several times. It was included in Joseph Smith’s own journal as part of his life story.  He referenced it in D&C 128.
In our day—2016—few Latter-day Saints have even heard of Letter VII. Fewer still have read it.
But that is changing.
We think Letter VII is an important, faith-sustaining explanation of one of the critical issues of our day. In it, Oliver Cowdery unequivocally declares that the Hill Cumorah—the scene of the final battles of the Jaredites and the Nephites—was in western New York.

Read Letter VII for yourself and see what you think.