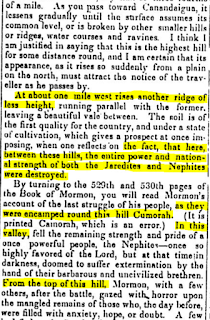 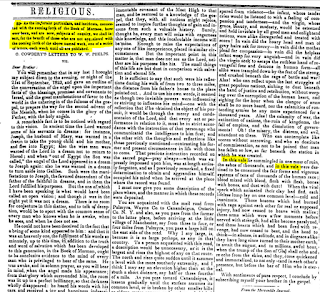 Here is an excerpt from the book, pages 7-8
[William] Smith wrote to Leach (the founder of The Prophet) on June 3, 1844, "I mentioned to them [Church leaders in Nauvoo] concerning your publishing a paper in New York, and the Prophet bid it God speed: the council also sanctioned it by a loud and general vote, so 'go ahead' and do the best you can--which I have no doubt you will do--and the rest I will tell you when I get there."
...
With John Taylor and Wilford Woodruff engaged in publishing the Times and Seasons [in Nauvoo], Church leaders believed that a man equal to their apostolic status was needed to fill the editorship of The Prophet. Since William Smith was already serving a mission in the East, having been called on April 19, 1843, the choice seemed obvious. Church leaders met with Smith in May 1844 to ascertain his interest in being named editor of The Prophet. With the approbation of his brother Joseph and fellow members of the Quorum of the Twelve Apostles, Smith agreed to take the helm of The Prophet.
_____________
1Two weekly printings of The Prophet were missed—October 26, 1844, and May 17, 1845.
2"Masthead," The Prophet 1, no. 1 (May 18, 1844): p. 1, col. 1. Editors William Smith and Samuel Brannan added a scriptural caveat to the masthead: "Surely the Lord God will do nothing, but he revealeth his secret unto his servants the Prophets” (Amos 3:7). See "Surely the Lord God . . ." The Prophet 1, no. 8 (July 6, 1844): p. 1, col. 1.
Posted by jonathan3d at 7:30 AM No comments: 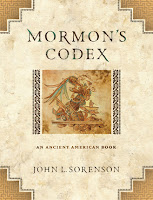