Oliver Cowdery was solid except... 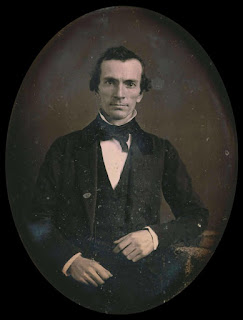 We saw in a previous post how certain LDS intellectuals apply logical and factual fallacies to reject Lucy Mack Smith's account regarding the hill Cumorah.

Just as certain LDS intellectuals reject Lucy Mack Smith's account whenever it contradicts their theories about Book of Mormon Geography, they have made a similar argument to justify their repudiation of Letter VII; i.e., because Oliver did not relate the First Vision in his essays on Church history, therefore we should not believe what he did write about Moroni's visit and the hill Cumorah.

They reject what he wrote solely because their own interpretation of the text of the Book of Mormon requires them to put Cumorah in Mexico. As ridiculous as that looks on the surface, it's even worse when LDS historians manipulate the historical record to censor, omit, or otherwise downplay the historical record about Cumorah.

Any historian who does this to promote (or even to accommodate) M2C, without expressly explaining that bias to readers, is committing historian malpractice.

As Oliver explained from the outset, he relied on Joseph Smith to give him details of what transpired before he, Oliver, met Joseph. Oliver explained that Joseph agreed to assist with the narrative.

we have thought that a full history of the rise of the church of the Latter Day Saints, and the most interesting parts of its progress, to the present time, would be worthy the perusal of the Saints....

That our narrative may be correct, and particularly the introduction, it is proper to inform our patrons, that our brother J. Smith Jr. has offered to assist us. Indeed, there are many items connected with the fore part of this subject that render his labor indispensible. With his labor and with authentic documents now in our possession, we hope to render this a pleasing and agreeable narrative, well worth the examination and perusal of the Saints.—

To do <​Justice to​> this subject will require time and space: we therefore ask the forbearance of our readears, [sic] assuring them that it shall be founded upon facts.

We don't know what "authentic documents" Oliver had, but they may have included Joseph's 1832 history and Oliver's own notebook that he had when he met Joseph in Harmony in which he recorded what Joseph told him. That notebook has never been found, but we can infer that Oliver relied on it, or his memory of what Joseph told him, in addition to his interaction with Joseph in 1834/5.

Throughout these essays, Oliver was candid about what he knew and what he didn't know, what was fact and what was estimated. He assured readers the narrative was "founded upon facts."

For example, Oliver asked Joseph for details about Moroni's first visit. The family had retired for the night and Oliver wondered when, exactly, Moroni appeared.

In this situation hours passed unnumbered—how many or how few I know not, neither is he able to inform me; but supposes it must have been eleven or twelve, and perhaps later, as the noise and bustle of the family, in retiring, had long since ceased.

This example explicitly explains Joseph's direct involvement, but, as Oliver explained at the outset, everything he wrote about Joseph's experiences prior to Oliver meeting him had to come from Joseph.

Historians who reject Oliver's account of Cumorah because he didn't mention the First Vision are committing a logical fallacy.

Given Joseph's participation in the preparation of these essays, Oliver's failure to mention the First Vision cannot be attributed to error on his part. The omission was either because Joseph hadn't described it or because Joseph didn't want Oliver to write about it. There are several possible explanations for this,* but none of them involve Oliver inventing fake history.

When President Cowdery (he was Assistant President of the Church at the time) wrote the essay that was published as Letter VII, he declared it was a fact that the final battles of the Nephites and Jaredites took place in the mile-wide valley west of the hill in New York from which Joseph obtained the plates, which was named Cumorah anciently.

He also said the repository of Nephite records was in that hill, a fact he knew from personal experience, as we learn from David Whitmer and Brigham Young, who both said Oliver told them about visiting the repository.

Oliver expressly distinguished between fact and speculation, such as here:

How far below the surface these records were placed by Moroni, I am unable to say; but from the fact they had been some fourteen hundred years buried, and that too on the side of a hill so steep, one is ready to conclude that they were some feet below, as the earth would naturally wear more or less in that length of time. But they being placed toward the top of the hill, the ground would not remove as much as at two-thirds, perhaps.

As we saw at the outset, there are some LDS historians who reject Oliver's account about Cumorah, not based on any historical analysis of what he wrote about Cumorah, but solely because Oliver's explanation contradicts M2C.

This is pure apologetics to defend their M2C theory, not historical analysis. It's not even textual interpretation or evaluation of the extrinsic evidence, both of which support what Oliver wrote.

* The debate about the First Vision revolves around the differences in the various accounts. Only the brief 1832 account predated Oliver's historical essays, and we don't know whether Oliver even had access to that one because it was never published.

Some say that Joseph gave different versions of the experience to suit different audiences or for different purposes. Others say the different versions suggest it was a constructed memory that changed over time. Another possibility is that Joseph, having been criticized for telling the Methodist minister about his experience (JS-H 1:21, although we don't know what he actually told him), may have concluded it was wise to avoid mentioning the topic publicly. Perhaps he felt, or had been warned, that relating the experience in detail would be dangerous until the Church was well established.

At any rate, the omission of the First Vision from Oliver's essays and Lucy Mack Smith's history have no relevance to the credibility of their accounts regarding Cumorah.